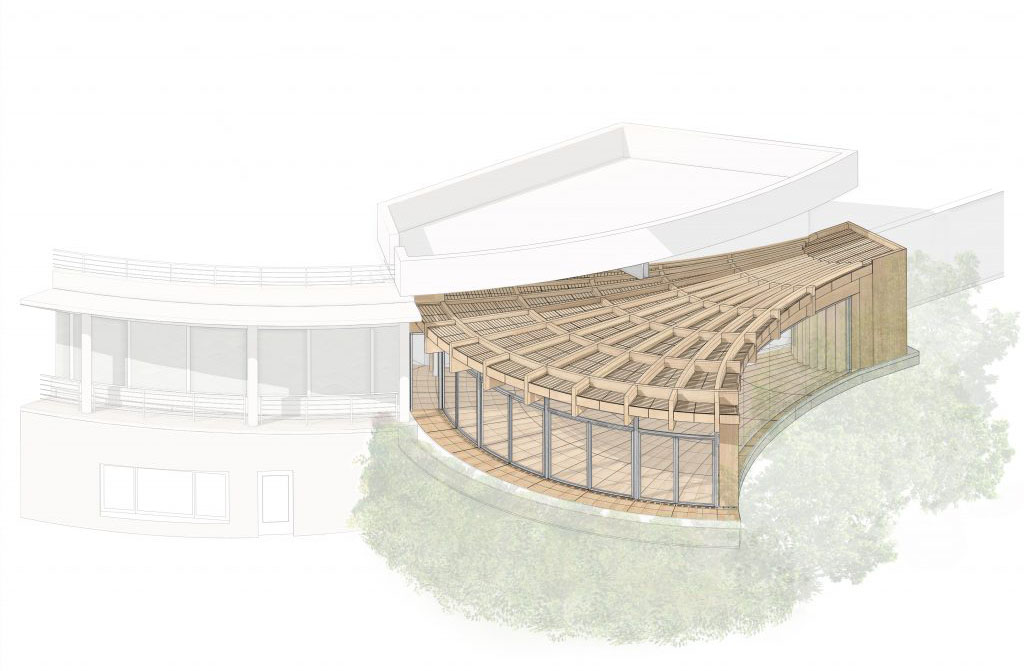 In previous posts, you have been able to know the final result of Martín Berasategui’s project. So that you can learn more about this extensive and complex work, today we tell you about the evolution it has had since its initial stage, as well as our collaboration with the architectural studio Mecanismo.

HOW WAS THIS PROJECT BORN?

Every project springs from a commission. This commission was the creation of a new room for Martín Berasategui’s restaurant in Lasarte-Oria. An ambitious refurbishment that mainly involved covering an outdoor terrace space and creating a design in accordance with the features attributed to the restaurant itself: innovation, quality and avant-garde.

The development of the project was led by Mecanismo, a studio of young and experienced architects located in Madrid and created by Marta Urtasun and Pedro Rica. A team of professionals from the sector, specialized in the design, development and execution of projects as well as in the search for new trends and styles, capable of finding the uniqueness and distinction of each space.

The previous step to the elaboration of the proposal, consisted in analyzing the restaurant itself. Some of its strong points were identified: nature and luminosity in a space that awakens harmony as well as modernity and innovation.

The proposal presented the roof of the restaurant as a point of interest. Initially, the project was thought for creating a pergola, shortly after and after observing the limited possibilities offered by this work, it was decided to create something much more complex, innovative and architecturally admirable. The final proposal: a roof made up of wide and curved wooden beams, supported only on three points to create a fan geometric shape. 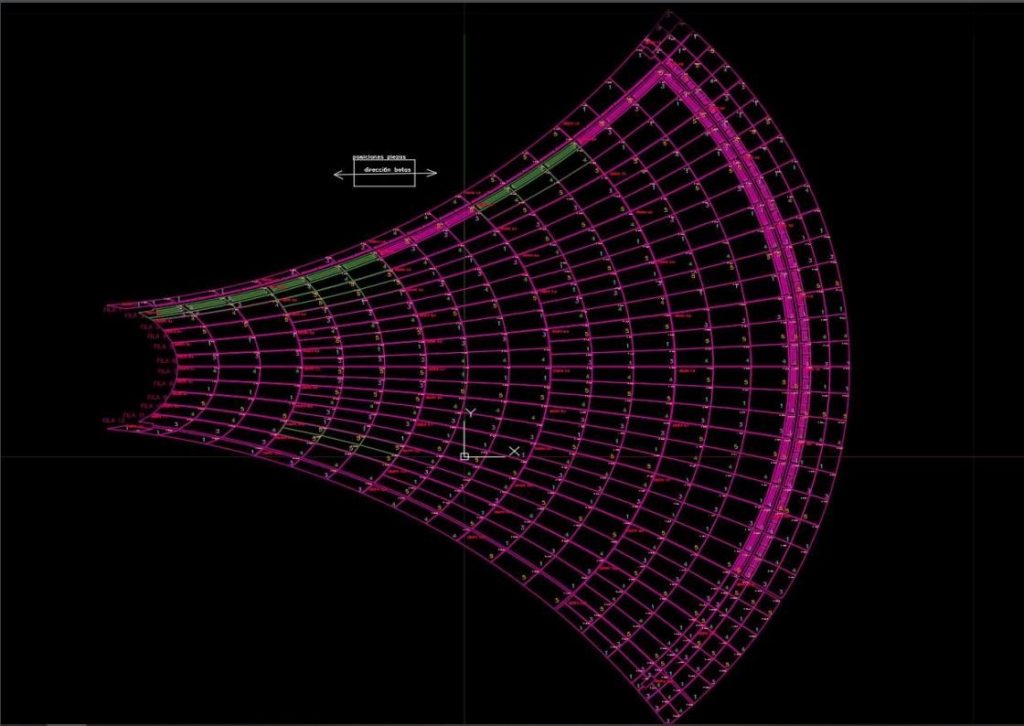 Different in each of its points of view. Designed from different heights, a sublime optical effect is created through a double bend around the vertical and horizontal axes of each of the beams.

Thus, an asymmetry is achieved from the different points of view of the roof, making it unique and singular. Quite an architectural work worth admiring.

DEVELOPMENT AND COLLABORATION WITH THE MECANISMO

With a limit of 3 months for its completion, its execution was, to say the least, complex.  Following the space and curvilinear design that marked the roof, the floor tiles and the materials used had to follow the same idea.

We highlight the design of the flooring where Mecanismo trusted our Nadis Design team, both for the quality of the materials we work with and for our high quality, personalized and tailored manufacturing. A necessary feature for its proper installation, due to the complexity of the assembly and design of each of the pieces that compose it.

The collaboration with the architecture studio Mecanismo, was more than satisfactory because we had the opportunity to work and capture all our experience in a unique design, both modern and very avant-garde. Adapting to the needs of the project, we carried out a thorough work in the composition, design of the flooring and manufacturing piece by piece to measure.

A project that shows the professionalism of major studios in the field of design and interior design.

The Lasarte – Oria project for Martín Berasategui has been a challenge at all levels.

It is an architectural challenge through complex and modernist geometric shapes together with an excellent execution, assembly and quality of all the materials used. All this in record time. A challenge that has obtained results as satisfactory as those that you can observe and of which we are so proud. As much for the design and architecture elaborated by Mecanismo as for the materials and the work that all our team has lent for and with the project.

This website uses cookies to improve your experience while you navigate through the website. Out of these, the cookies that are categorized as necessary are stored on your browser as they are essential for the working of basic functionalities of the website. We also use third-party cookies that help us analyze and understand how you use this website. These cookies will be stored in your browser only with your consent. You also have the option to opt-out of these cookies. But opting out of some of these cookies may affect your browsing experience.
SAVE & ACCEPT
Powered by